Director  TOS 18 The Squire of Gothos

Has enlarged credit on screen.

O’Neil  TOS 22 Return of the Archons

Guest Star as Karidian  TOS 13 The Conscience of the King

as Tormolen  TOS 07 The Naked Time

In association with Norway Corporation

Martha Leighton  TOS 13  The Conscience of the King

Special Effects TOS 02 Where No Man Has Gone Before

Special Guest Star  TOS 25 This Side of Paradise

Paskey was also William Shatner’s stand-in and stunt double.  In most fight sequences, it was Paskey in the long shots, Shatner in the close-ups, except, of course, for TOS 05 The Enemy Within where they BOTH appeared fighting each other.  Then it was all ‘long shots’ where they both are shown.  So Paskey appeared in many episodes before TOS 25 This Side of Paradise, , but never with a credit. Clearly, it made sense to give him another role, as Mr. Leslie, since he was on-set a lot of the time.

Written by  TOS 02 Where No Man Has Gone Before

Director  TOS 05 The Enemy Within

See also Michael S. Glick. Greg Peters and Michael S. Glick traded off as Assistant Director between episodes, probably so they could concentrate on a single episode in post-production while another episode was beginning to be shot. 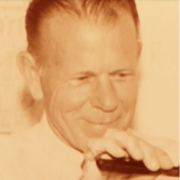 as Giotto  TOS 26 The Devil in the Dark

Dr. Leighton  TOS 13 The Conscience of the King

Painter  TOS 25 This Side of Paradise

Director  TOS 25 This Side of Paradise

Teleplay by  TOS 23 Return of the Archons

Steele appeared in over 60 movies and television series.  Here are some links:

Guest Star  TOS 10 What Are Little Girls Made Of?