This website will eventually be a list of everyone who ever got a professional credit on Star Trek.  It starts with the Original Series (TOS).  Episodes are listed in order of production number (not broadcast order).  Other Star Trek series, movies, animated episodes, books, records and possibly other related sources, will eventually be included, anything that has a name professionallyattached to Star Trek.  If you know details about any of the names listed here or dispute facts that are mentioned, or you have other names or details to add, please contact steve@stevelampen.com.

While volumes have been written about Shatner and Nimoy, and some of the other major stars, there is little or nothing about many of their Guest Stars and almost nothing about the writers, directors and other crew. The Casting Director  (Joe D’Agosta) had an obvious intent, perhaps encouraged by Roddenberry, to include many veteran actors.  There are many for whom their appearance in Star Trek would be one of their last acting appearances, people such as Elisha Cook Jr., Celia Lovsky or Ian Wolfe.  These, and many others, had an extensive list of major credits in movies and television. (Elisha Cooke Jr. played across from Humphrey Bogart in “The Maltese Falcon”.)  So this list is an attempt to make their previous accomplishments remembered by the Star Trek fan base and to honor their earlier accomplishments, as well as their Star Trek legacy.  Where there are major on-line sources of information on any particular actor, links have been provided rather than copying the entire entry.

This list ends with a detailed table of all 79 original episodes which allow the casual user to see the relationship between these episodes from many different perspectives.  If you see a name there that you do not know, find their name alphabetically in the list immediately below.  Following that is a list of all the job titles, with the names of the people who performed those tasks in one or more of the original episodes. Science Fiction fans will be interested in the list of “writers” as many of them were seasoned, famous, science fiction writers long before (and long after) the original Star Trek.

Many credits include acronyms for organizations.  These add credibility and stature to those who perform these duties.  Here is a list of acronyms in the list below.

CHS  I cannot find any information on this Hairdresser/Stylist Organization. Can you help me?

SMA Society of Makeup Artists (there is a Wikipedia link https://en.wikipedia.org/wiki/Society_of_Makeup_Artists

LISTED BY NAME IN ALPHABETICAL ORDER

Hamlet TOS 13 The Conscience of the King

Rayburn TOS 10 What Are Little Girls Made Of?

Lenore TOS 13 The Conscience of the King

Much has been written about this company, not all complimentary, and it’s involvement for the credits and other ship shots of the Starship Enterprise. You will note that, with the exception of the Menagerie 1 + 2, there is no mention of them after TOS 8 Charlie X.

as Mea 3 TOS 23 A Taste of Armageddon

While it is well known that Lucille Ball and her husband, Desi Arnaz, started Desilu Studios (the studio name is a contraction of their first names), it is rarely mentioned what a fan Lucy was of the original Star Trek format and Gene Roddenberry’s idea in general. Without her encouragement, it is quite doubtful that Star Trek would ever have seen the light of day.

Also well known as a girlfriend and eventually wife of Gene Roddenberry. Majel Barrett Roddenberry was a continuing and pervasive actress through many roles in almost every version of Star Trek even after Gene’s death in 1991. See also M. Leigh Hudec.

Brown TOS 10 What Are Little Girls Made Of?

Policeman TOS 28 The City on the Edge of Forever

Therapist TOS 11 Dagger of the Mind 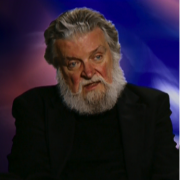 Writer TOS 10 What Are Little Girls Made Of?

One of the few sources of Third Season bloopers, originally issued as a vinyl LP, now available from online sources. I have the original recordings from which this record was edited and. With some encouragement, may put links to them here eventually.

As Claymare TOS 27 Errand of Mercy

From a Story by TOS 19 Arena

King Duncan TOS 13 The Conscience of the King

Story by TOS 25 This Side of Paradise

Guest Star as Trelane TOS 18 The Squire of Goths

Another veteran actor who popped up in many versions of Star Trek, playing a variety of roles.

Jaeger TOS 18 The Squire of Gothos

Lt. Lee Kelso TOS 02 Where No Man Has Gone Before

Co-Star TOS 10 What Are Little Girls Made Of?

Besides the role of “Ruk” in TOS 10 What Are Little Girls Made Of?, Ted Cassidy is best known for his role as Lurch on the Adam s Family (1964-1966) just prior to filming this episode of Star Trek.

as Guard TOS 26 The Devil in the Dark

Marc Daniels was the favored director for “I Love Lucy”, which of course led to Desilu that produced Star Trek.

Larry Matson  TOS 13  The Conscience of the King

Makeup  TOS 02 Where No Man Has Gone Before

Matthews  TOS 10 What Are Little Girls Made Of? 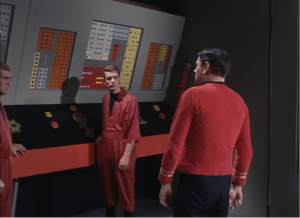 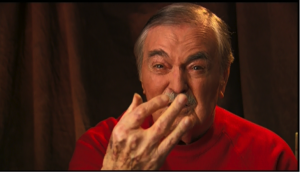 James Doohan was shot eight times on D-Day as he headed up the invasion of Juno Beach at Normandy for the Canadian forces, including losing a finger on his right hand.  Most people are unaware of this loss.  Sadly, this was “. friendly fire” and could have been avoided.  I have included a few images from the original series where Scotty’s missing finger is apparent.  He was masterful, especially with all the close-ups of his hands,  to hide it

Set Decorator TOS 02 “Where No Man Has Gone Before”

Yeoman Smith  TOS 02 “Where No Man Has Gone Before”

Schmitter  TOS 26 The Devil in the Dark

Written  TOS 28  The City on the Edge of Forever